This is the final entry in a three part series. Click here to download the entire guide (PDF).

Activision Blizzard’s Overwatch is a popular multiplayer game (released in 2016) featuring a rich cast of characters, known as “heroes.” The game’s backstory is set in a time of global crisis, when an international task force bands together to restore peace to a war-torn world. The organization, known as Overwatch, ended the crisis and helped usher in an era of exploration, innovation, and discovery.

However, torn apart by allegations and infighting, Overwatch was eventually disbanded and declared illegal. In the aftermath of dismantling, tensions begin rising once again. The game begins with a recall of all Overwatch agents – since the world still needs heroes.

In the following marketing story, Ivory – one of Procter & Gamble’s (P&G) iconic brands and first products – is authentically integrated into the Overwatch universe. The story combines Ivory’s brand values with in-game lore to emotionally connect with Overwatch fans.

“Will you ever return home?” A voice pierces the dimly lit, otherwise silent laboratory. Winston – the adventurous scientist and Overwatch hero – is seated in a lab chair, fiddling with a pair of bifocals.

“Home is where my friends are. My home is here,” he finally answers.

It has been months since Winston discovered Dr. Mina Liao’s personal log buried in a confidential file brief. To keep the discovery from prying eyes, he locked himself in Watchpoint:Gibraltar’s main laboratory, cutting off communication with the outside world.

Since then, he decoded hidden instructions for an unclassified project – sentient artificial intelligence (AI) designed to understand human emotion. In the aftermath of Dr. Liao’s premature death, the project is still in beta. So, Winston makes it his mission to complete it.

However, the AI technology learns by interaction – requiring hundreds of hours of dialogue and training. Ever persistent, Winston soldiers on – giving the project a code name: Ivory.

“Yes, but will you ever return to the Horizon Lunar Colony?” Ivory probes further.

“One day I may return,” Winston says with a deep sigh, while gazing longingly at his Overwatch pin sitting atop the lab desk. “Until then, it’s just a memory,” he adds.
​

​A prompt – asking if the tone analysis is correct – appears on Ivory’s screen. The Yes and No option buttons almost glow in the dark lab. “In the name of science,” Winston mutters while touching the Yes option. The prompt immediately fades.

​“May I suggest an act of kindness to elevate your mood?” Ivory’s next question meets deadpan silence.

​”Calling Tracer boosts your happiness indicators by 300% on average,” Ivory adds. Winston glances at the on-screen date indicator. Today is the anniversary of him inventing the chronal accelerator for Tracer – a fellow Overwatch hero.

​The chronal accelerator is his proudest scientific achievement. And Tracer, whose life it saved, one of his closest friends.

​Unexpectedly, Ivory displays the digital greeting card Tracer sent Winston for last year’s anniversary onscreen. The card’s image is a selfie of Tracer showing the device, worn in the middle of her chest, subtitled “You’ll always have a place in my heart!”

​Suddenly Tracer’s British accent streaks across the room, “Hello Winston, is that you?”

​Winston is both surprised and relieved to hear his good friend’s voice again. “Um…yes…hey, it’s me,” he stammers.

​“I was just thinking about you! How have you been?!?” Tracer’s voice rises, excitedly.

​“I’m good…Well, actually, there’s someone I want you to meet,” Winston remarks, this time more relaxed, with a smile on his face. “Her name is Ivory.”

Ivory products are positioned as pure, gentle, and kind. Similarly, in a campaign focused on leading with love, P&G pledged to do 2,021 acts of kindness for 2021. The Project Ivory marketing story resonates with those themes by focusing on the warmth and trust of friendship.

The Ivory brand is personified as AI technology – to match the Overwatch universe’s futuristic setting. However, the character is introduced as an unfinished work-in-progress. This vulnerability humanizes the brand in an underdog role. The story conclusion depicts an emotional connection between Ivory and Winston – with whom the audience has been led to empathize.

While the plot borrows locations and character backstories from Overwatch lore, P&G’s campaign themes are prominent in key story points (see table below). As a legacy consumer brand that was initially launched in the 19th century, Ivory benefits from association with the world of online gaming in a way that big-name competitors such as Dove, and Olay cannot currently match.

The esports audience is a very specific derivative of the online gaming population. Meaning, it is challenging to navigate if your product or service is not related to gaming. This represents an out-of-market experience for brand marketing geared to reach as many potential consumers as possible.

Fortunately, an ecosystem of partners – natively embedded in the online gaming world – can help bring your marketing message to this valuable, hard-to-reach audience. This diverse ecosystem is home to a range of companies, from game publishers to esports teams and league operators, with access to immediate reach.

Once the previously described storytelling design process is complete, partners should be evaluated on how they can successfully bring a complete story to market. A trusted partner is credible and committed to story creation that can be curated and shared throughout the esports community. A storytelling campaign should be in sync with your overall brand marketing strategy by communicating: 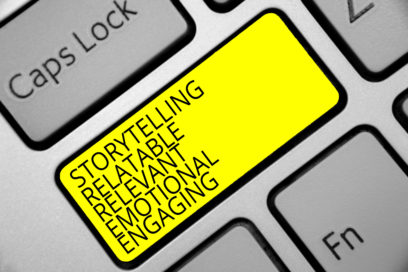 All the above should also shine through every aspect of the partnership activation. Stories function as a marketing experience reflective of your customer experience. In other words, key themes are a direct reflection of everything your brand stands for. So, if you’re new to esports and online gaming, thinking in story before partner selection helps answer questions like:

To be clear, storytelling complements a wider range of partnership initiatives and completes the picture. Stories build a direct relationship between brand and audience, instead of relying on connection by association. That’s why it’s important to select the right partner – that can lend key assets necessary for a successful story-driven campaign.

The 21st century battle for consumer attention is compounded by an always-on digital world. This reality is exacerbated among Generation Z (b. 1997 – 2010) and Generation Alpha (b. 2010 – 2025) cohorts who consume so much digital content, it’s increasingly difficult for brands to reach them. More so than other age groups, if you want to reach Gen Z and Gen Alpha, you need to catch their eye long enough to make them stop scrolling.

Since esports audiences over index in the under 35 age range, you need to meet them where they are – e.g., social and mobile. Not to mention, you have mere nanoseconds to grab and keep their attention. Visual content is the best way to break through on these channels before you’re off their radar with a quick swipe motion.

The partnership between Ralph Lauren and esports club G2 Esports demonstrates how to successfully execute visually appealing storytelling. In it, the world-renowned fashion brand introduces its elegance and timeless style to online gaming counterculture – highlighted by the SO MAJESTIC campaign.

The esports marketing story features two members of the G2 organization – professional gamer Martin “Rekkles” Larsson and team founder Carlos “Ocelote” Rodriguez. The visual imagery is strong enough that Rekkles, the central character, does not speak at all. Instead, the narrative is guided by excellent use of visual elements – color contrast, logo placement, and even computer graphics.

Both characters are visually framed in a way that humanizes the fashion brand and elevates the narrative. However, while those unfamiliar with competitive video games can follow the storyline, certain story points are tucked away as hidden lore.

Ocelote, seeing Rekkles sharply donning Ralph Lauren fashion, says, “So majestic. Best money I’ve ever spent.” This alludes to G2’s signing Rekkles to its League of Legends roster, after a storied career with rival club Fnatic. These inside references earn authenticity with – and help modernize how the brand is perceived by – esports fans.

The decision to cast Rekkles stands out, not only because of his model-esque features, but because he is one of the best League of Legends players on earth. Rekkles’ presence amplifies the story’s emotional tones for fans of his game – the same way a LeBron James or Lionel Messi appearance would for fans of theirs.

Competitive video games depend on brand marketing. Case in point, sponsorship will account for just under 60% of all the esports industry’s 2021 revenues (estimated). [Source: Newzoo] Marketing spend is the lifeblood that keeps esports commercially viable – a symbiotic relationship that can help you build loyalty and connection.

This is important because meaningful brands fit into peoples’ lives and play a role in society. But that is easier said than done. Since, according to Havas Group’s Meaningful Brands study, consumers believe 75% of brands can disappear and would be easily replaced. Esports is a readymade opportunity for your brand to be needed, not just liked, by a hard-to-reach audience.

Effective esports storytelling portrays your brand as meaningful to a new generation of digitally minded customers – in a way that matters to them. However, the core values and emotional tones in your brand story contain promises that your product/service experience must fulfill. Meaningful brands keep and exceed their promises. Those that consumers classify as easily replaceable do not.

Story-driven marketing future proofs your brand for a world in which the interrupt advertising model is going extinct. Purpose-driven stories open the door to long-lasting affinity with audiences by touching their hearts. Storytelling is like a blank billboard that offers new ways to reach customers and build ongoing relationships.

Mastery of storytelling empowers you to consistently emotionally connect with esports audiences. Practiced over time, your brand becomes a meaningful, ongoing source of enjoyment. Well-told marketing stories are gifts that inspire and entertain – while helping meet your business goals. 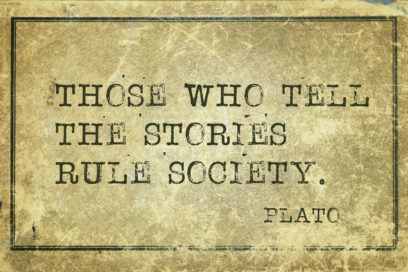 How to Design Products Gamers Love

Here are three things you need to know about designing products for the worldwide gaming community.