Picturing an Under Armour Esports Play 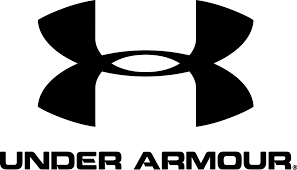 Picturing an Under Armour Esports Play

The year 2016 gave birth to a number of partnerships across the esports landscape. However, one, in particular, reflects the growing scale digital sport. Namely, Riot Games’ 6-year, $300 million streaming deal with Major League Baseball Advanced Media (MLBAM) is a landmark for other collaborations between sports and esports properties.

Along those lines, here’s the case for Under Armour – a US-based sportswear maker – becoming the official team shirt provider for Riot Games’ League Championship Series (LCS). Currently, participating LCS teams design and manufacture their own team shirts (jerseys). The move towards a UA branded standard issue shirt offers a number of intriguing possibilities.

One degree of separation

To understand the potential connection between an athletic apparel company like Under Armour and the world’s leading esport (League of Legends), look no further than Bob Bowman – President of Business and Media at Major League Baseball (MLB). Bowman oversaw the Riot streaming deal and completed a new licensing deal for Under Armour branded MLB jerseys.

The synergy of Mr. Bowman’s working relationship with Riot and role in MLB’s apparel deal is too valuable to ignore. Accordingly, Under Armour is uniquely positioned to partner with Riot and leverage MLBAM as a channel partner – for advertising and promotion – in an esports apparel deal. Keep in mind that UA competitor Adidas has already partnered with futbol club F.C. Copenhagen’s new Counter Strike Global Offensive team (see image below).

Under Armour’s company vision is “To make all athletes better through passion, design and the relentless pursuit of innovation.” A branded apparel relationship with the LCS would extend that vision into digital sports. Most importantly, it would break into an entirely new customer segment – an estimated six million esports fans in the US that do not watch baseball, ice hockey, basketball, or American football at all.

Under Armour founder and CEO Kevin Plank is not shy about his aim to overtake Nike as the world’s largest sportswear maker. Towards that end, UA has poured over $700 million into building its Connected Fitness platform. And while competitive video games don’t directly overlap with personal fitness, esports fits a similar profile: digital, emergent and relatively untapped.

Despite designs to win the fitness tech arms race, Under Armour’s sweet spot is “selling shirts and shoes.” So applying the existing model for branded MLB jerseys to League of Legends esports is more calculated risk than wild gamble. Plus, an esports move could hedge the company’s pricey bet on a category already populated by players like Fitbit and Apple.

On the other side of the equation, both Riot Games and LCS teams stand to benefit from an official apparel relationship with the likes of Under Armour.